Five Ways to Enhance Your Happiness: Way # 3—The “Magic Pill” of Positive Relationships 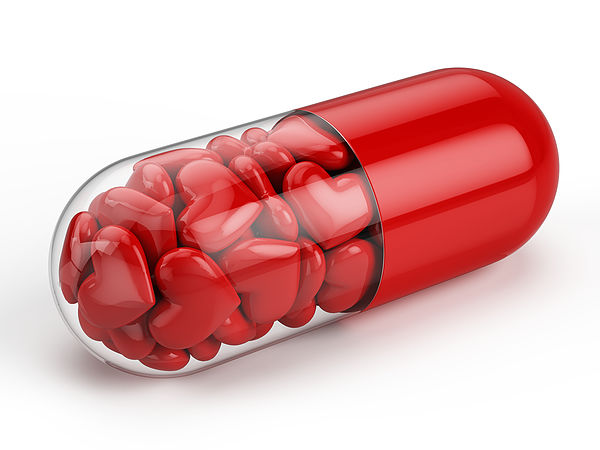 Five Ways to Enhance Your Happiness: Way # 3—The “Magic Pill” of Positive Relationships

If you could take a free pill with no negative side-effects that has been proven to extend life, reduce perceptions of pain, strengthen the immune system, reduce the risk of depression and anxiety, and generate a sense of well-being, would you take it? That “pill” exists and is called positive relationships.

How Do You Spell Happiness? P-E-R-M-A

Before I try to prove this to you, let’s back up a moment to put this idea in context. As I discussed in a prior blog, a leader in the science of human thriving, Dr. Martin Seligman (2011), says that happiness or well-being is made up of five elements: 1) positive emotion, 2) engagement, 3) relationships, 4) meaning and purpose, and 5) accomplishment. Together, these elements create the acronym “PERMA.” Five things you can do to enhance your happiness are to pick one PERMA element as your theme each month. I’ve already covered positive emotion and engagement. This month, we’re focusing on relationships—the “R” in PERMA.

The Myth of the “Selfish Gene”

Modern society has done a good job of undercutting the importance of close, caring relationships—especially at work. A popular myth in American business culture is that natural selection has endowed us with selfish genes that impel us to focus entirely on our own self-interest. “Greed is good.”

It turns out that this is just not a complete picture of our evolutionary history. Our need for connection to others has equally strong evolutionary origins (Lieberman, 2013; Grant, 2013). Helpless human babies could not have survived without strong attachments to parents. Families could not have grown into tribes…then villages…then cities without the development of close social bonds.

As a result, we are hard-wired to need relationships and to feel that we belong. Our need for relationships to flourish is “among the best-supported hypotheses in the scientific study of well-being” (Haidt, Seder, & Kesebir, 2008). Good relationships may be the single most important source of psychological well-being (Peterson, 2006).

A Mountain of Research Links Positive Relationships to Well-Being

Most of us probably have a common-sense notion that relationships are important. But most of us probably don’t realize just how powerfully relationships impact our psychological and physical well-being. A long line of studies in anthropology, sociology, and psychology establish that the need to belong is a “powerful, fundamental, and extremely pervasive motivation (Baumeister & Leary, 1995, p. 497). This need includes frequent contact with caring persons with whom we have long-term, stable relationships.

I was truly surprised by the volume and findings of studies in this area. At the end of this article, I include a list of some of my favorites to give you an idea of what I’m talking about. These studies show, for example, that relationships and social support are linked to longevity; vitality of the immune system; reduced perceptions of pain and threat; reduced incidence of depression, anxiety, and cardio-vascular disease; higher goal-attainment; and overall better functioning and well-being. Social isolation is worse for you than smoking cigarettes.

What About Intoverts? This includes introverts. One study showed that both introverts and extroverts were happiest while doing extraverted things. So, even introverts who may be predisposed against being outgoing will be happier if they muster the motivation to reach out and connect (Peterson, 2006, p. 97 n. 9). Although introverts generally score lower than extraverts on happiness scales, introverts with good social networks are as happy as extraverts (Baumeister & Leary, 1995).

Capitalizing: Share Positive Events. People in positive relationships thrive not just by receiving social support but also by sharing with others. Sharing positive events with other people (the more people, the better) is called “capitalizing.” It boosts the events’ positive effects, which include positive mood, well-being, and self-esteem and less loneliness (Gable & Gosnell, 2011).

The Importance of Good Relationships at Work

Cultivating good relationships at work is particularly important given the amount of time we spend there and the fact that nearly all work gets done (or not!) through/with other people. Research on relationships’ powerful impact on how we think, feel, and behave is so compelling that many organizational scientists now argue that the study of relationships should be at the center of organizational research (e.g., Dutton & Ragins, 2007).

Positive relationships “grease the wheels” to make organizations run more effectively (Ellingwood, 2001). For example, researchers conducted an experiment in which 26 groups of three friends and 27 groups of three acquaintances were asked to build toy models. The friends built an average of nine models; the acquaintances built only 2.45.

Gallup also has demonstrated that work friendships lead to better business outcomes. For decades, Gallup has been studying employee engagement with striking findings. It has found that only 30% of American workers are engaged in their workplace (Sorenson & Garman, 2014). This means that 70% of workers are basically going through the motions at work and are not performing their best. Gallup’s engagement survey has included this question: “Do you have a best friend at work?” A positive answer to that question has a strong relationship with profitability, customer loyalty, and retention (Ellingwood, 2001). This question more strongly predicted engagement than even pay or benefits.

How to Cultivate Good Relationships at Work

Busy lawyers often neglect relationships—at home and at work. But, as the above suggests, this is a bad business and personal strategy. There are many ways that lawyers can cultivate closer relationships, and a few ideas are below:

Abraham Lincoln is quoted as having said, “I’m a success today because I had a friend who believed in me, and I didn’t have the heart to let him down.” As Lincoln recognized, social support is critical to success. It also is a key ingredient to personal well-being. So get out there and connect!

Grant, A. (2013). Give and take: A revolutionary approach to success. New York: Viking Press.